Lee Seung-jae, Bucketplace CEO, poses for a photo after an interview at the company office in Gangnam, southern Seoul, on Sept. 29. [PARK SANG-MOON]

Some people are spending more time touring the homes of strangers than shopping for fashionwear or beauty products as interior decorating has become a trend.

Ohouse, a social media-based platform for home interiors, ranked No.1 amongst all specialty online malls in Korea in terms of monthly active users.

According to recent data by local app tracker WiseApp, Ohouse had 5.4 million monthly active users as of August. It was followed by popular online fashion malls like ZigZag, Brandy, Musinsa and Olive Young.

Total downloads of Ohouse reached 20 million as of July, which doubled in just over a year since the app downloads hit 10 million in April 2020. With interest increasing in home decoration, helped along by Covid-19, Bucketplace, which runs Ohouse, recently received a 1.1 trillion won ($980 million) valuation.

“Covid-19 triggered people that may have become interested in home decoration,” said Lee Seung-jae, Bucketplace CEO, in an interview with Korea JoongAng Daily at the Bucketplace office in Gangnam, southern Seoul, on Sept. 29.

It is a social media-based platform where users can tour home interiors uploaded by other users. It expanded to commerce in 2016, allowing users to directly purchase products that appear in the interior photos. Most recently, it added next-day delivery for furniture and also started a repair service.

Bucketplace received a total of 88 billion won in investment from both domestic and overseas investors, including Mirae Asset Venture Investment, Naver and Bond Capital, a venture capital firm based in San Francisco.

Its accumulated sales since 2014 hit 2 trillion won as of June, while a number of employees jumped to 350 this year from only three at the time of founding.

Lee, 34, majored in chemical and biological engineering at Seoul National University. Bucketplace is his second start-up. He previously worked for a start-up that involved solar trash bins.

But he ditched engineering for interior.

“I believe people’s interest in home decoration will increase in Korea as its gross domestic product rises. Once they experience these changes, it will become difficult for them to go back to the past,” Lee added.

Below are the edited excerpts from the interview. 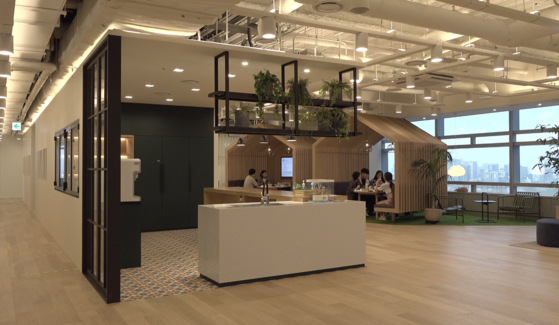 Inside the Bucketplace office in Gangnam, southern Seoul [JEON TAE-GYU]

Q. What kinds of services does Ohouse offer?


A. Ohouse is the No. 1 lifestyle platform. It offers everything that is needed in the process of decorating one’s home from getting inspired on how to decorate their home to buying products that inspired them. On top of that, we also connect our users with remodeling firms and recently launched a next-day furniture delivery service in June. Users can choose the time they want to receive the furniture and enjoy free furniture installation. Ohouse also started a home repairing service through the acquisition of Zibda. Changing lightbulbs and switching curtains are some of the available repair services.


What inspired you to start Ohouse?


One of the biggest inspirations for me was Ikea’s showrooms. I liked how people could experience various interior designs there. But a bigger inspiration hit me when I visited a well-decorated home of one of my friends. It was such a shock for me when I saw a home that reflected one’s preferences and lifestyle so well. Impacts of the inspiration may be smaller on Ohouse because it is online, but it also allows people to see more diverse styles of home interiors.


What do you think is its key competitiveness?


Our core competitiveness is accumulated data and an organic connection with that content and commerce functions.

From the start of the service, Ohouse focused on resolving user problems they may face in the process of decorating a home, which requires making tons of decisions and spending a lot.

So we initially planned to help our users resolve all these problems at once by creating a massive platform that offers solutions for all the challenges people face when decorating a home: figuring out different brands, the appropriate price range and the locations of stores.

But after hearing advice from investors, we realized that it’s impossible to make that work all at once from the beginning of the service. So we decided to resolve different problems people face one by one.

At first, we focused on helping people learn their taste by allowing users to make available pictures of how they decorated their homes. We spent years doing that, which became one of our core strengths. We then started commerce, as we had planned, in 2016. We expanded to remodeling in 2019 and to next-day delivery in June.

We are continuously trying to gradually resolve challenges our users face.


What is a major characteristic of Korea’s interior decoration market?

A major characteristic is that there are many apartments in Korea. In many other countries, most homes are detached houses with different sizes and structures. But residences in Korea mostly center on apartments or apartment studios that have a standardized home structure and utilize standardized materials. For instance, most homes in Korea have white walls and wooden floors. This makes it easier for Ohouse users to refer to and imitate home decorations made by many other users, who also live in a similar home structures.

I don’t think we created a new market or a new wave of demand. But I believe we played a leading role in pulling forward more people’s interest in home decorations by giving them inspiration by easily making available pictures of other people’s home, a private space that was not shared easily.

Technology is and will be the most important factor for our business.

At first, most of our users were newlyweds aged between 25 to 35 that were decorating a new home upon getting married. Now, a more diverse range of people living in different styles of homes are using the platform. So we are trying to offer content, products and services that meet the demand of the diverse user base.

We hired more workers this year for that. We now have 350 employees compared to 200 last year. Those working in technology account for around 30 percent of the total number of our employees.


Do you plan on opening offline stores or showrooms for Ohouse?


A lot of people are requesting us to open an offline store. They say they want to see products they buy on Ohouse at an offline store, especially when they plan on buying expensive products. I think we could try opening offline showroom at some point, but we think it is valuable for Ohouse to fix problems that often occur online and improve overall services. Some of the improvements we made were adding a filter feature that allows users to filter products based on their size or designs and expanding product categories to furniture from just offering props.

Ohouse functions as a platform that connects customers with sellers. Does it plan on selling its own private label products?
We believe it would be a valuable attempt to sell exclusive products that are only available on Ohouse. We’re internally reviewing on teaming up with our clients to design, make and sell exclusive products on our platform. 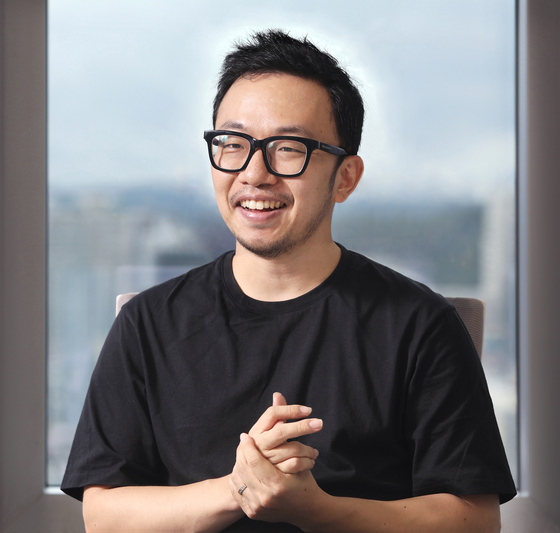 
I see them as partners instead of competitors because Ohouse connects customers and their products and services.


Do you plan on branching out overseas?


I believe there will be an opportunity for us in the global market. But since branching out overseas is a very difficult challenge, we are internally discussing on how to make it work at this point.

We are not ready to set an IPO date. We are focused on growing the company because we think there are still a lot of issues that need to be solved to improve our service.

We are not yet making a [consistent] profit. There was a time when we made profit for a month or a quarter. We plan to make a mid to long-term investment for the company’s growth.

We haven’t yet set a specific goal on by when to achieve annual profit. We plan to focus on growing Ohouse for now.


What do you think are main factors behind Ohouse’s rapid growth?


Ohouse is doing better than I had expected, and I think there are two reasons behind that. The first reason is that people mostly live at a home, and Ohouse is offering solutions to those people that share the commonality. The second reason is that the definition of home decoration has changed. In the past, people associated home decoration with major interior remodeling, a construction project that was done once in many years. But now, people perceive home decoration as changing several items and harmonizing them, like buying new curtains or table cloths in time for a new season. More people are trying to continuously redecorate their homes by making small changes that can be done with small purchases.


How do you think interior decoration changes people’s lives?

I think people come to better understand themselves. Decorating a home is a process of getting to know about oneself because they have to find out what style of home they like. They need to spend time exploring about themselves, and some people described the experience as healing.

What is the key factor that is driving Ohouse’s growth?


There isn’t a single most important factor. But the beginning of everything is our obsession for customers. The reason Ohouse began the service and continues to exist today is not just to simply make products and grow the business but to solve problems that exist to make better changes for people that are in need of help. That is an essential purpose of our existence.

I always start work with these questions: “Why am I doing this?” and “Who does this help?”