Glass French doors leading to the new deck fill the kitchen with natural light. The space is sleek and modern with white cabinetry, white quartz countertops and a herringbone tile backsplash. The large island provides seating for the entire family. 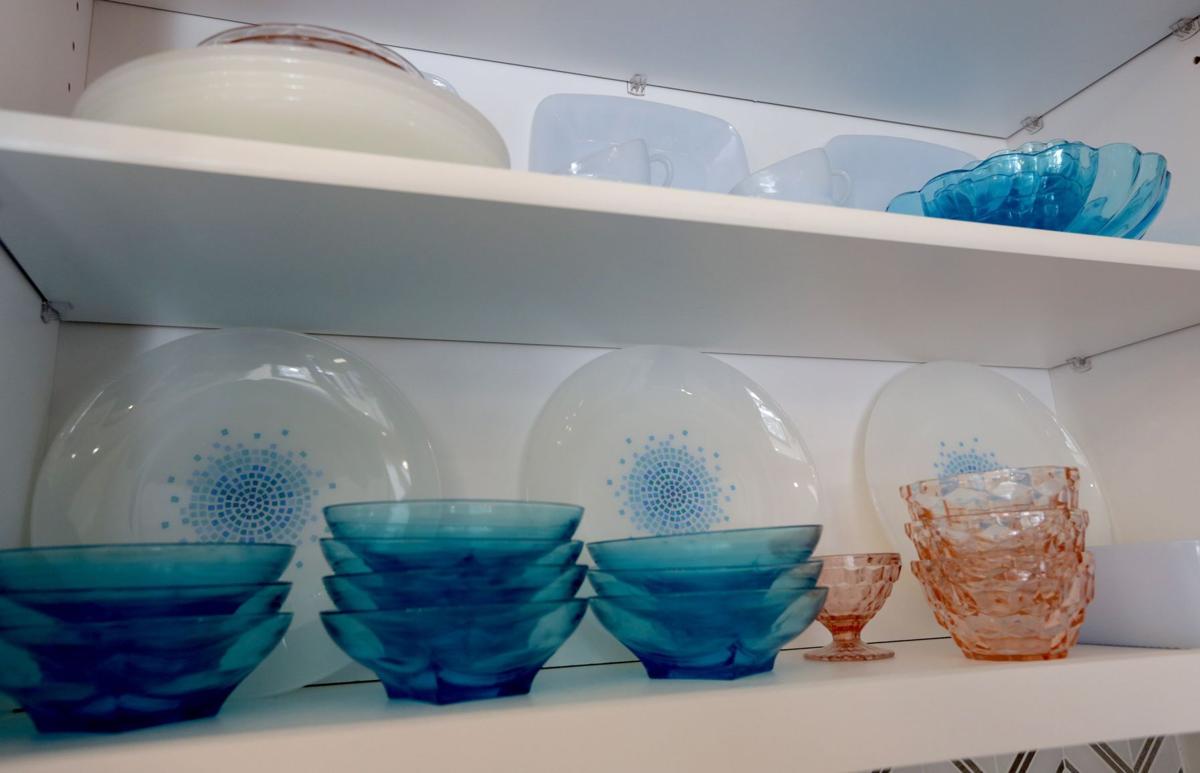 New glass-front cabinets house Katie’s collection of vintage glass dishes. The blue ones are from the 1960s and are called Capri glass. The pink ones are Depression glass. 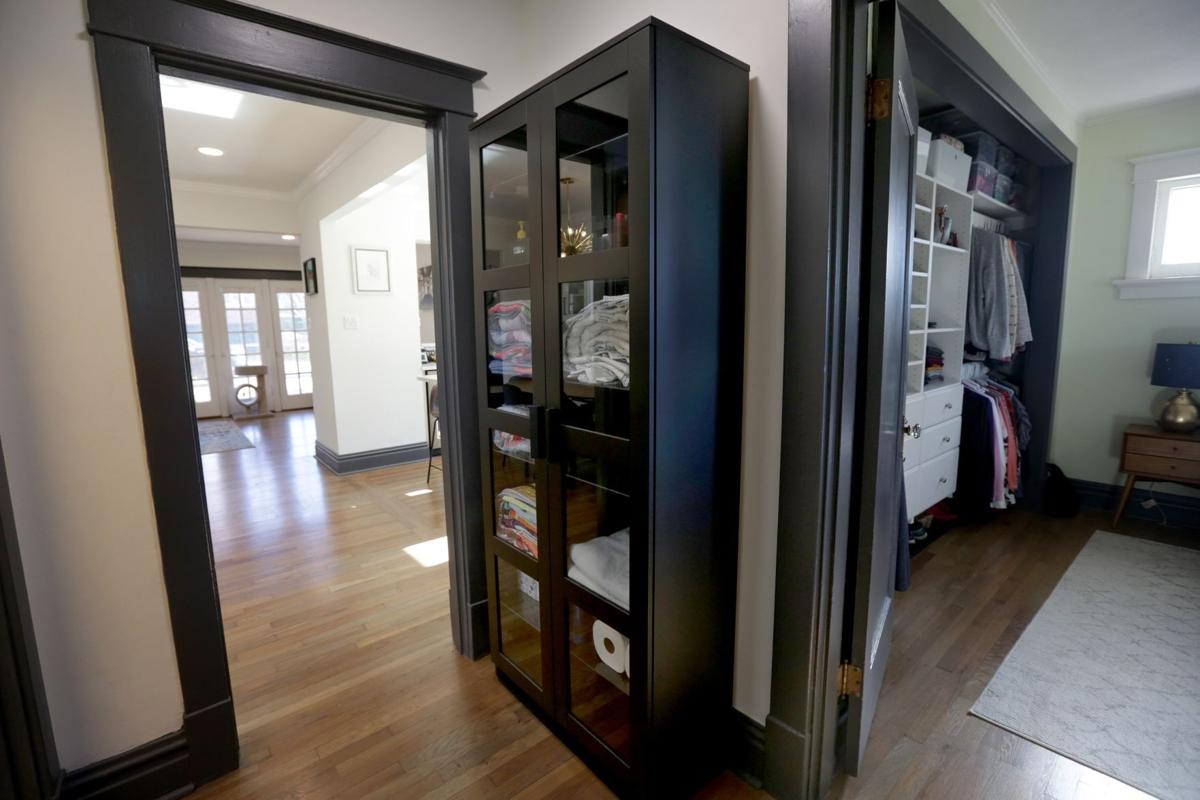 The Wirths kept all they could of the original woodwork and doorframes, but “flipped” traditional style by painting the walls white and the trim dark gray throughout the main floor. 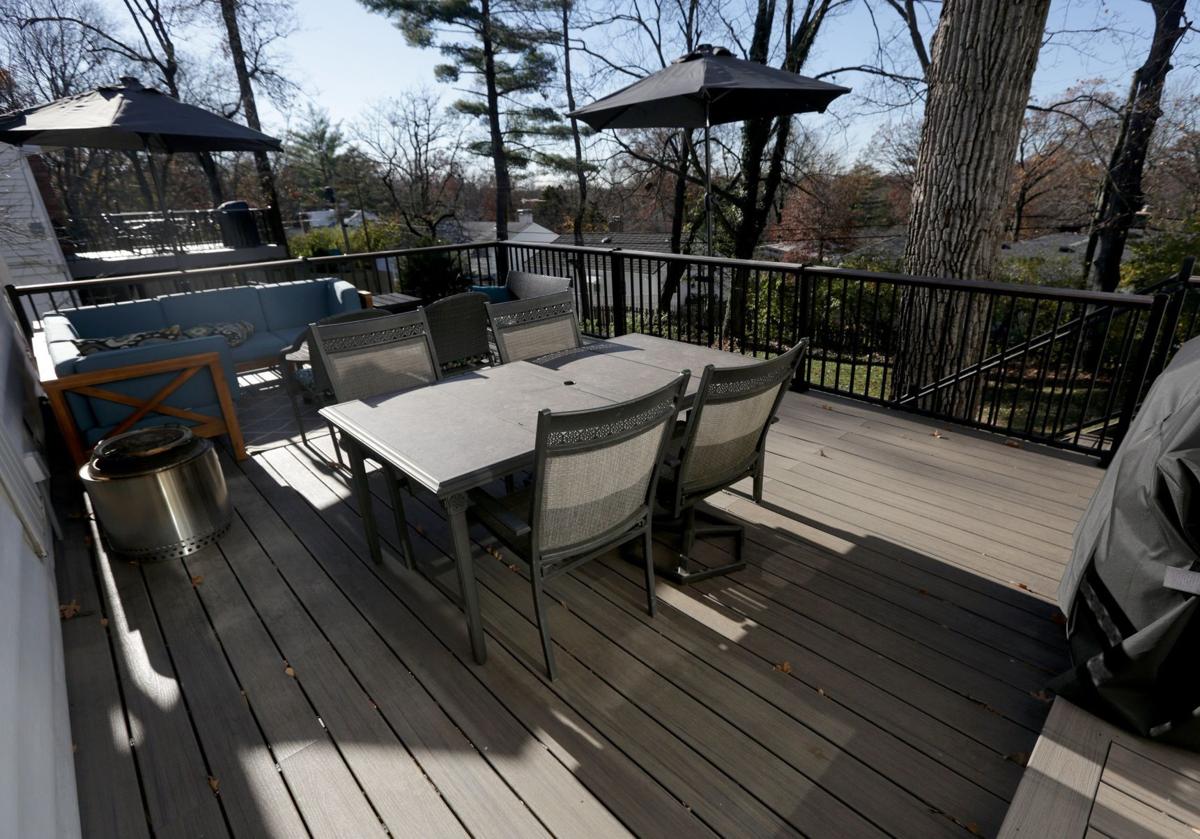 The spacious new deck off the kitchen is a favorite spot to relax and entertain. Previously, the home only had a small, rickety staircase leading to the back yard. 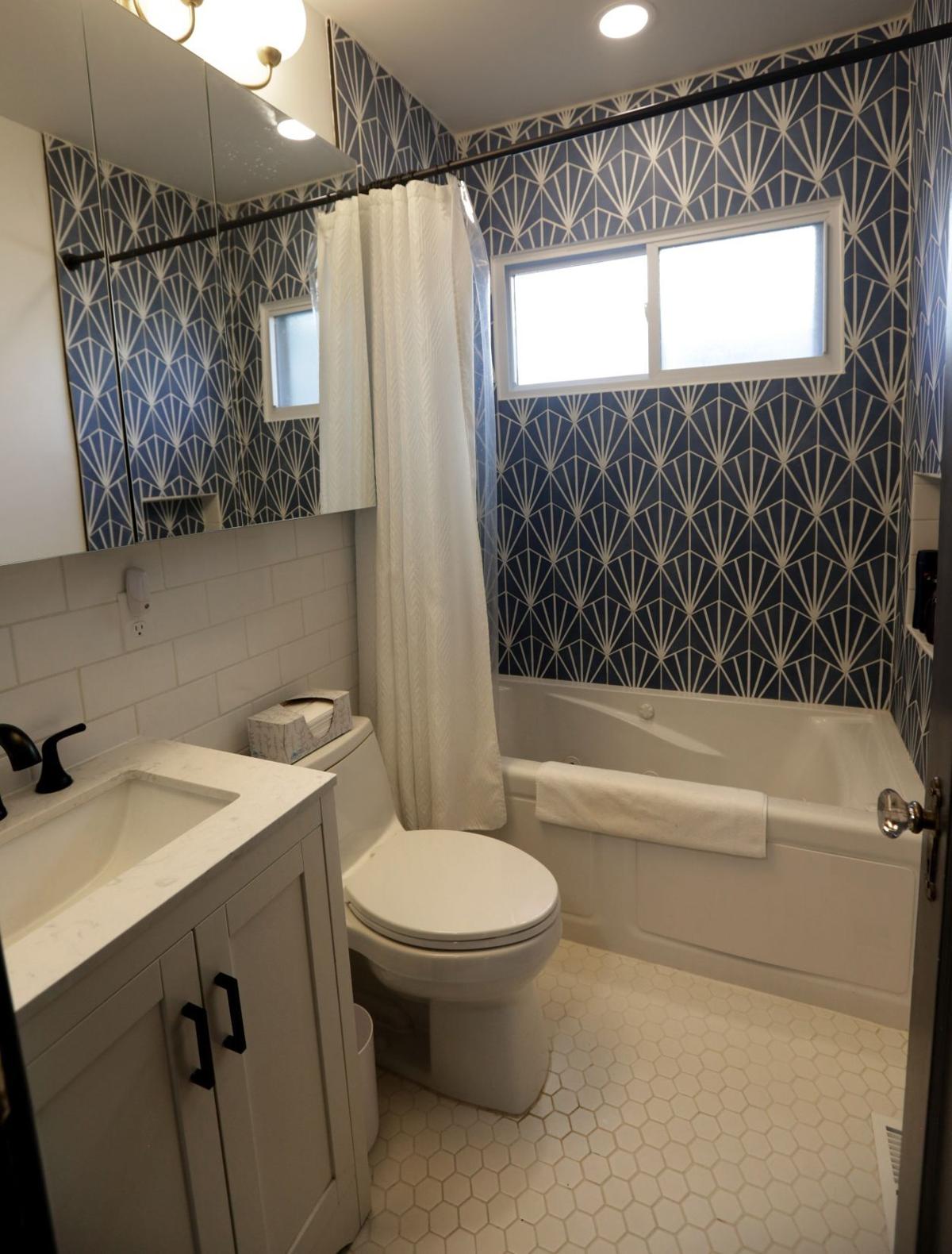 Katie says this striking 8-inch hex tile from Spain proves that you can make a statement even in a small space. Its shade of blue helped dictate other design choices throughout the main floor. 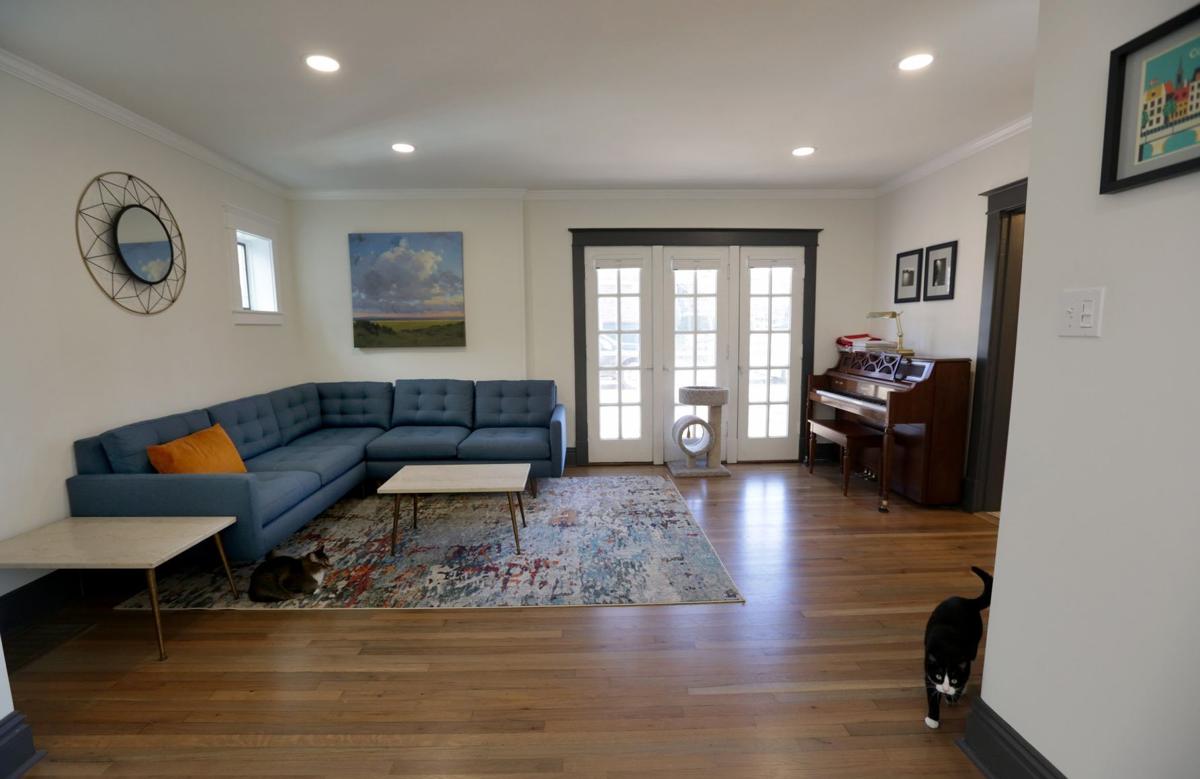 The new kitchen and dining room opens to the original living room. During their renovations, the Wirths uncovered a pair of small stained glass windows in the living room that had been walled in. Katie’s dad made new glass inserts for them with a tulip pattern. A new blue sectional from Crate & Barrel is matched with vintage tables from the Future Antiques. 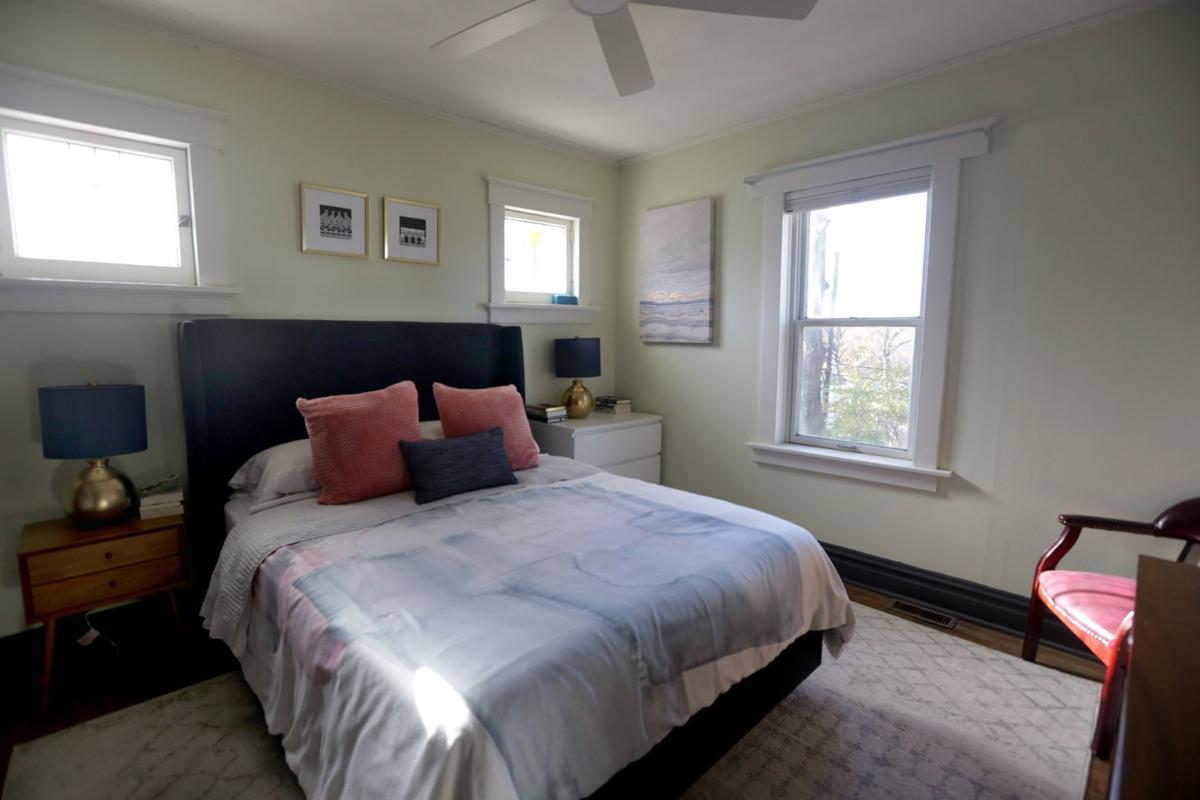 When they purchased the house, Katie and Jonathan moved into the smaller of the two bedrooms on the main floor since they planned to convert the original master into the new kitchen. 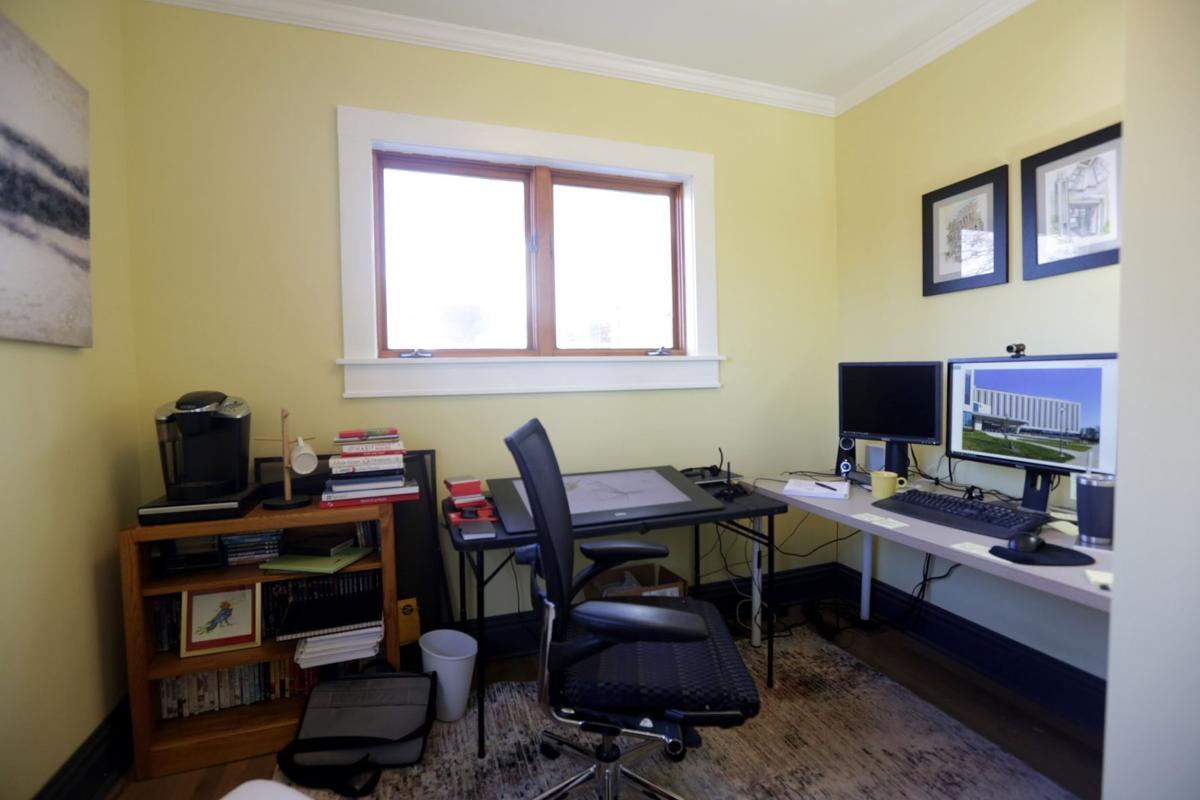 Once the kitchen was relocated, the Wirths weren’t sure what to do with the small space it used to occupy at the back of the house. After working remotely throughout the pandemic, they decided it would make a good office space for Jonathan, providing some privacy and a small window for natural light. The framed drawings above the desk are by two different professors that Katie and Jonathan studied under at University of Kansas, where they met in architecture school and depict scenes of the campus.

By Amy Burger Special to the Post-Dispatch

It often takes a strong vision to see the potential in an older home with an imperfect layout. For Jonathan and Katie Wirth, holding degrees in architecture allowed them to imagine what their 1928 Kirkwood home could be. Katie had noticed the house, in the Corona Park neighborhood, listed online in early 2015, but it quickly went off the market. It was relisted in April of that year, and she quickly contacted her real-estate agent.

“What I liked about this neighborhood was that it was so close to the high school and the park. I was very much taken with it because the original houses in this neighborhood all have this storybook charm,” Katie says.

What wasn’t charming was the home’s dated and confining layout. The kitchen was tiny and closed off, tucked away in the back of the house. When Katie went to look at it with her two young daughters, their agent just shook her head and said it would never work for them.

“I said, ‘Well it has to work because I want to live in this location; this house is the right price, and it’s the right square footage for us.’ I went home and started drawing. … That night is when I had the idea of taking apart the biggest bedroom and turning it into a kitchen,” Katie remembers.

After Jonathan went back with her to look at the house, he said, “OK, show me those drawings.” With his architect’s eye, he was able to see how it could work and told Katie they should go for it.